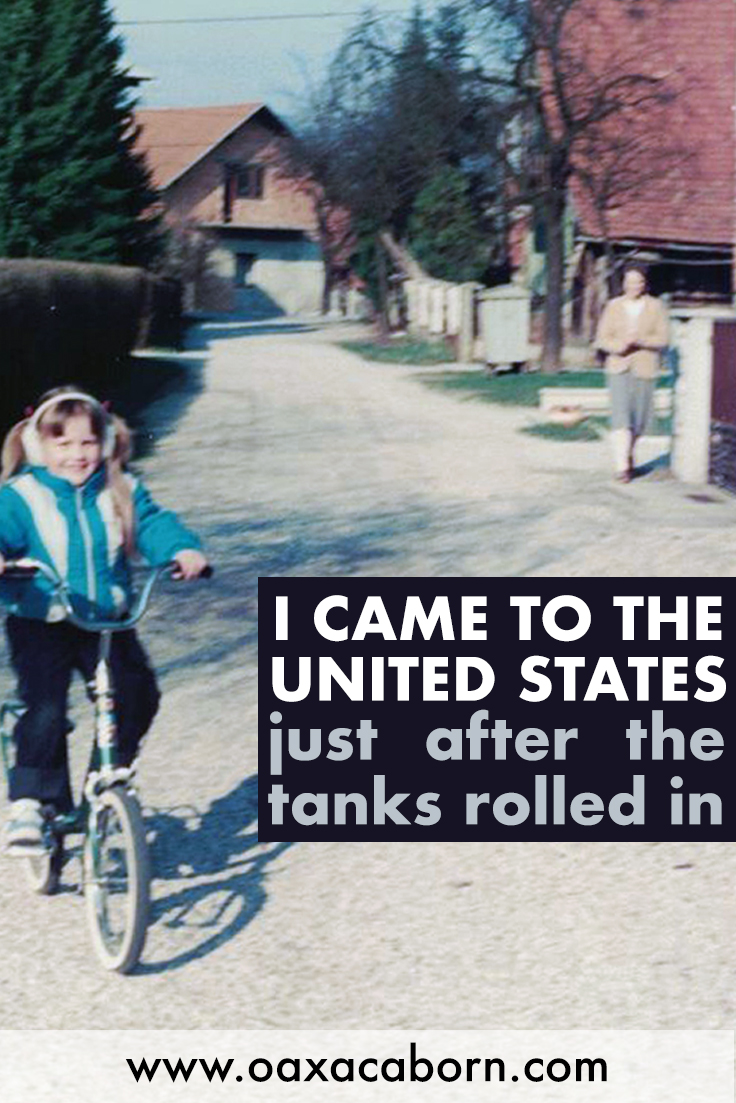 I came to America after the tanks rolled in, just barely before they took Sarajevo. After the helicopter shadows moved across of the fields of buttercups and horseradish and daisies and wisteria, but before the mortars fell. I came to this country when the shelves started to empty of bread, of meat, of corn flakes. I came to this country after the money had already begun to crash, after sunken stacks of rubbery, hollow-eyed gas masks stared back at me at the check-out, but before pensioners had to stand in line to trade bag after bag of devalued coins for stale bread. I came here when the skies had already begun to darken, when the fear had started to slink down the quiet gravel streets.

END_OF_DOCUMENT_TOKEN_TO_BE_REPLACED 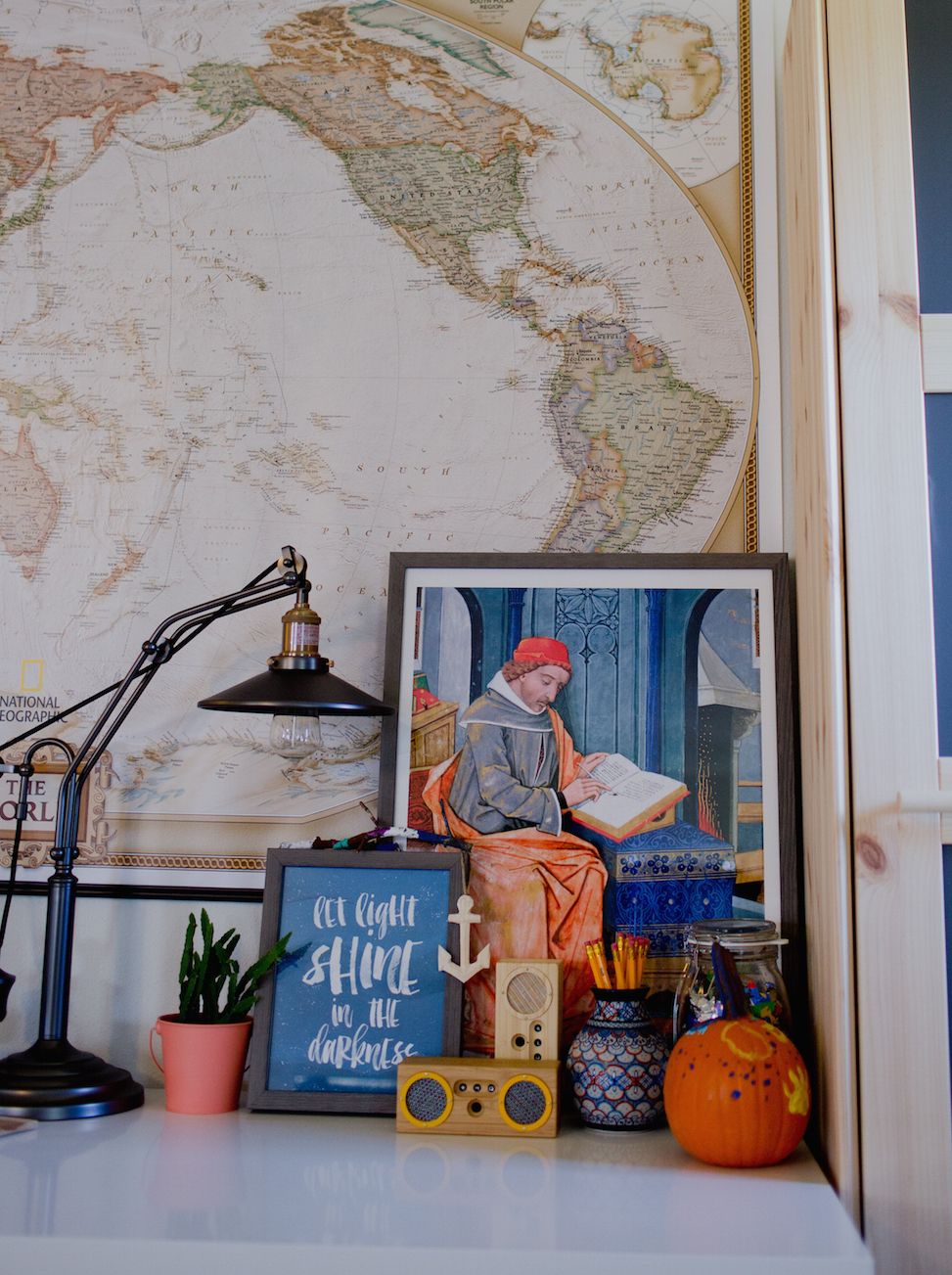 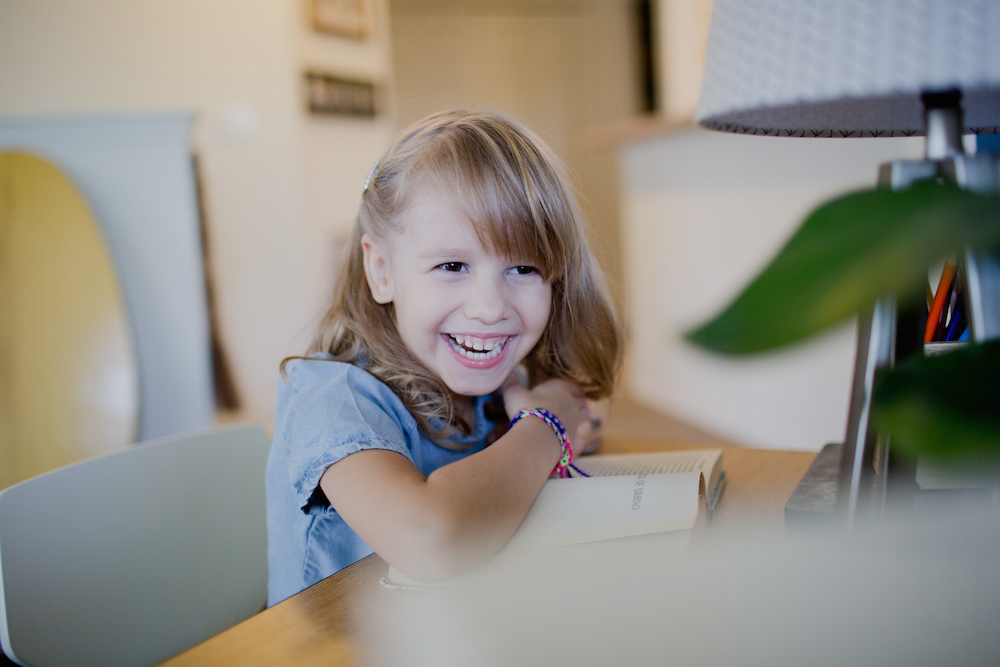 Maps, to me, are about more than just distance.

Maps hold stories, and remind me how connected we all are.

I’m thrilled to say you can read more of my thoughts on this over on the Sonlight Curriculum blog, where I recently had the chance to talk more about the human connections maps hold, and why I believe a global perspective is absolutely essential for not just homeschoolers, but for all Christians.

Head on over, and leave a comment, if you are so inclined! 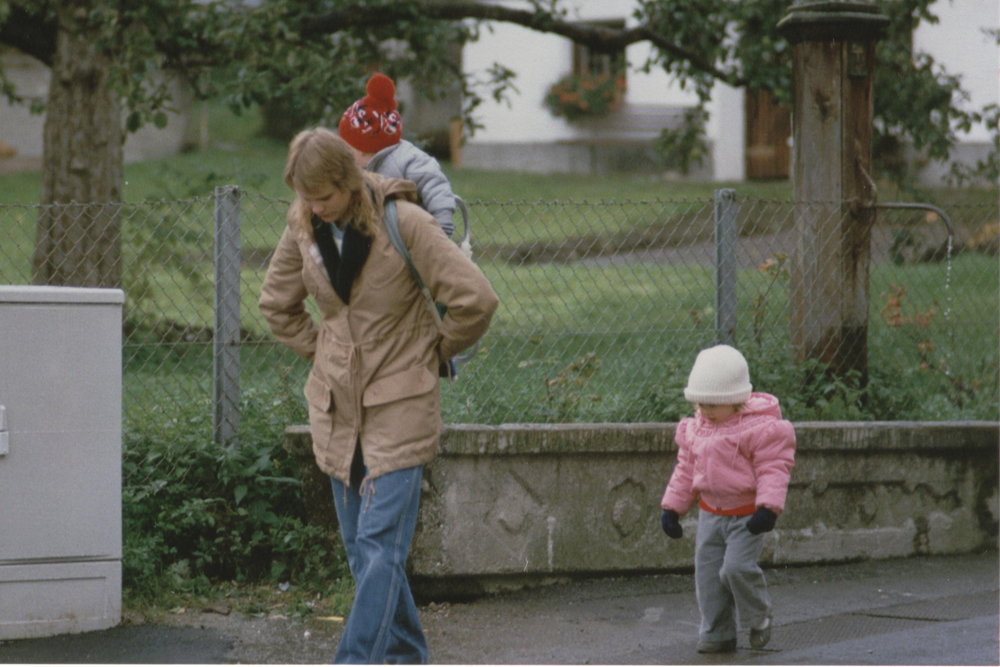 Lately, the stories woven into the pages of The Late Homecomer and China Homecoming have been pulling at my heart. Pulling, reminding me what it was like to be a little girl with one foot in Europe and one foot in America. I think about that girl, sometimes. I think about how the familiar European landscape was the home she knew with her heart, and how the American home was only constructed in her mind, pieced together through the handwritten notes from aunts and grandmas.

Sometimes I think it’s even odder now, to look back at that girl. As far away as she was, sometimes I feel even further away. The girl then knew something of both cultures, at least.  The girl now feels like America is too much, sometimes, taking what had been her voice and drowning it in English. Then, her small voice could speak Slovene. Now, English has swallowed what that girl once knew.

She prattled on in that tongue as she squatted down on the edge of the concrete stoop, her chubby hands scraping words with a twig into the dusty gravel. She walked home down Taborska Cesta in the dusk, feet aching from climbing trails and standing up on busses, fingers of one hand safely in daddy’s hand and fingers of the other hand wrapped tightly around wilted wild chamomile flowers.

And now, the Slovene tongue has faded. All that remains is little snippets. “Kajti tako je Bog ljubil svet.”  “Dober dan.”  And the constant call of parents to their children, “Pet sem!”

But there is nothing more.

I live in America now.

In my heart, I feel what it is to be European, to turn on the radio and hear the perfectly enunciated English of  the BBC. I can taste what it is to have horseradish spread on my thick slices of bread and cold boiled potatoes mixed in with my salad. I know the way fresh-pressed apple juice chills me as it slides down my throat, and if I lick my lips I can still taste the zest of mustard sauce over warm wilted dandelion greens. I close my eyes and I hear the magpies, the calming coo coo coo of the dove.

I know what it is to cough the dust of coal and what it is to see yellow rain. I know the scent of wisteria, and can see the ants marching up the twisted vine. I see the long loaves of bread sticking up out of the grocery bags as people walk home from the market in the early morning dew. I hear the creaking groans of wooden racks, piled high with drying straw. I know what it is to see hoar frost dancing on barren branches. I can no longer sing the lyrics of the language, but I will always hear the accordian’s echo off Šmarna Gora.

And when I close my eyes, I am that little girl. I am there.

And someday, I will be again.

My mom just sent me a copy of the book China Homecoming by Jean Fritz. This book is a sequel to another book Fritz wrote, called Homesick. I love her writing. I just dove into the first chapter of China Homecoming, and already it is speaking to me.

I can relate to so very much of what she says. I was born in Oaxaca, and then moved to Eastern Europe where I lived until I was almost eight years old. My grandma wrote me letters, too, and told me about picking apples and baking cinnamon rolls. I too, didn’t feel exactly American even though I knew I was. When I was a little girl, I struggled with the culture shock of coming back to this country.

And even now, like Jean Fritz writes in this open chapter, I don’t know what to say when people ask me where I am from. This first chapter is beautiful. It says so much of what my heart feels, and has for years. Sharing an excerpt now is sharing a little part of me — a part I hope to share more of on this blog.

“When I was a young child, my parents were always talking about ‘home’. They meant America, of course…I could only daydream and wait until the years to go by until we would return. In the meantime, my grandmother wrote me letters. She said she wished I was there to go blackberry picking with her. Or she told me she was baking an apple pie and why wasn’t I around to peel apples? I had never picked a blackberry before. I had never peeled an apple. Somehow, living on the opposite side of the world as I did, I didn’t feel like a real American.

“…It took me a long time to feel like a real American. Even after we came back to America when I was thirteen and I began picking berries and peeling apples and doing all sorts of American things, I didn’t feel as American as I thought I should. Not as American, I imagined, as my cousin Charlotte must feel….Even in her dreams she would have to stay put in Washington, PA, because that’s where she’d always been.

“But not me. As soon as I was asleep, off I’d rush to the Yangtse River…I just looked at it, letting the orange-brown foreverness of it flow past, and it seemed, flow through me. As hard I was trying to grow up American, I could not let China go.

“…It was on a Saturday morning, I wrote it, sitting up in bed, still in my pajamas. I was excited because almost as soon as I started I felt that I was not writing a poem at all; it was writing me. When I finished, I took it downstairs to read to my mother, who was peeling potatoes at the kitchen sink.

“I began my poem and ended it with the same line: ‘It will not be the same when I go back.’ Somewhere between the two lines I began to cry.

“…I was 26 and…married…pinning the clothes to the line, I would look at the Golden Gate, that same Golden gate that had been my first view of America when we returned from China so many years ago. I could still feel the wonder of the hills, the American hills slipping into the bay, but when I looked beyond at the ocean itself, I could not follow it all the way to China…Would I ever be able to find China again?

“…In a way, my childhood seemed like closed book now…

“I knew now I had to go back to China, not only to see, what, if anything, was left…but to get to know the city as it is now. And to find out if at last I could call it my hometown. I never had. When people asked where my hometown was, I always hedged.

“‘Well, I was born in China,’ I’d say. After all, I’d been a foreigner. How could I call a place my hometown if the people who lived there considered me an outsider? An intruder.

“It was almost as if I didn’t have a beginning.” -Jean Fritz 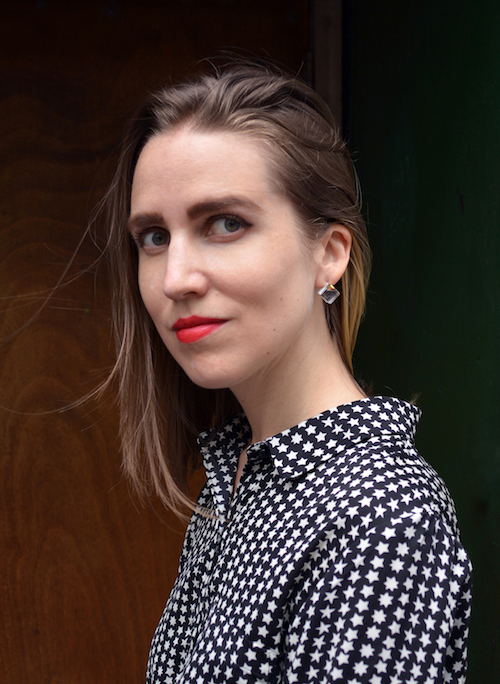 I'm Gina Munsey, a Jesus-lover and a sojourner; a weaver of words, anchored in hope. I am Mexico-born, Eastern Europe-raised missionary kid who ended up being a Californian in Franklin/Nashville, Tennessee. I live my days full of coffee and adventures while my 8-year-old learns Mandarin Chinese and my artist-husband creates worlds from pixels and light. I'm an editor, a magazine contributor, and a writer who has only completed four chapters of my languishing manuscript. On any given day, you can find me in the middle of [home]school surrounded by stacks and stacks of books. Oh, and the name of this blog? Oaxaca -- wuh-HA-kuh -- is in Southern Mexico, where I was born! (See full bio).

I’m a (NEW!) member of the Timberdoodle blog team 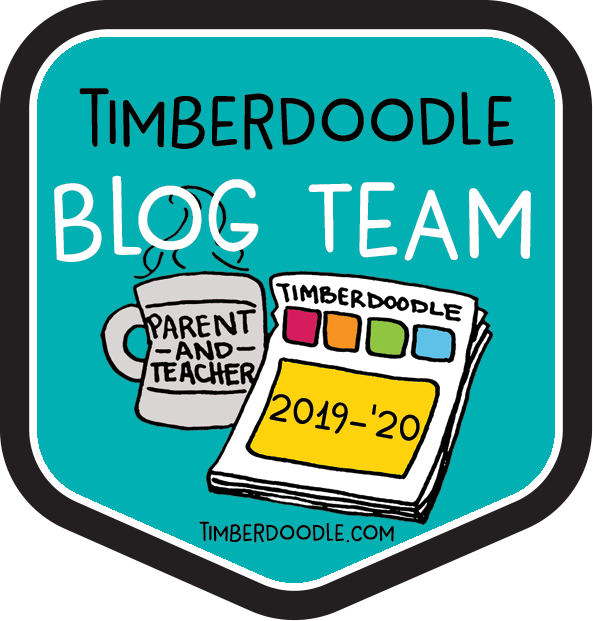 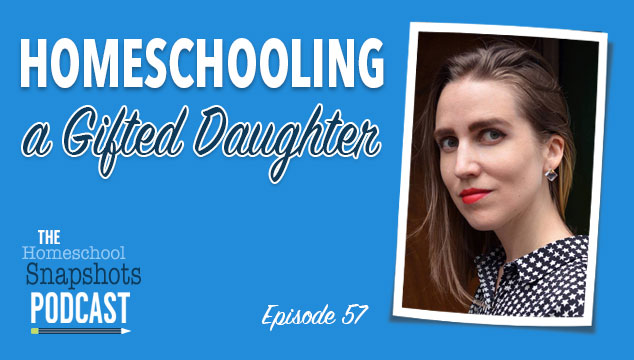 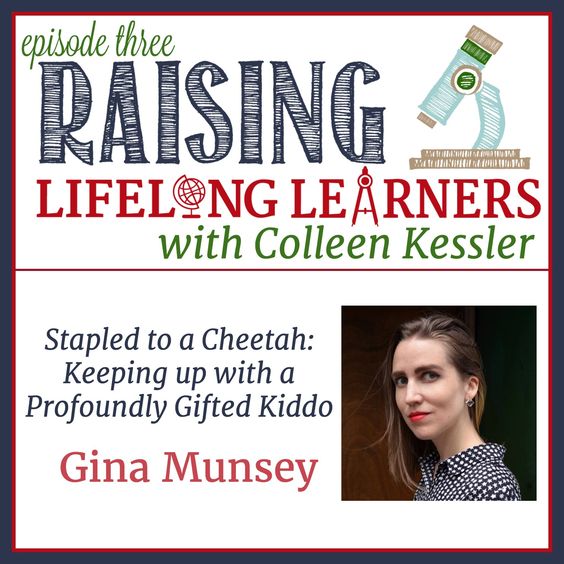 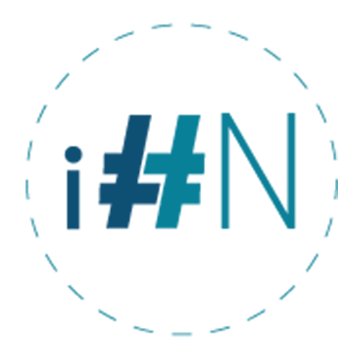 Gina Munsey's blog about homeschooling a gifted only child, work as worship, and how second-generation homeschoolers have shifted home education culture and theology. "Life is a process of becoming, a combination of states we have to go through. Where people fail is that they wish to elect a state and remain in it. This is a kind of death." -Anaïs Nin